#1 - MY ROAD TO THE EXPOS...AFTER THEIR EXISTENCE 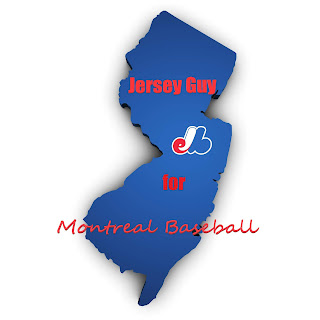 This very well might be the biggest piece outside of my comfort zone ever as it comes to writing.

I’ve been following baseball since I was 5 years old in 1991, when I, alongside my Dad, watched Howard Johnson’s incredible season with the Mets as he led the league in both home runs and RBIs. My fandom of HoJo started my passion with the sport of baseball. There have been so many great memories with America’s pastime.

However, I’ll never forget my first real disappointment in baseball. It happened in the Summer of 1994, with the infamous Strike. I remember on August 11, 1994, I was in Baltimore with my Dad on a business trip. By chance, the Orioles were home that night playing the Boston Red Sox. On a whim, we went to Camden Yards, with the idea of simply attempting to buy tickets and get into the ballpark on what could, quite possibly be, the last game of the season. We were blessed to make it in, via getting tickets from will call, by the bottom of the 1st inning. In the top of the 3rd, with Arthur Rhodes on the mound, rain started coming down HARD. After a three hour rain delay and waiting as long as humanly possible, the game was rained out. It was crappy knowing that the game officially never took place. Dejected, we went back to our hotel, The ultimate cancelling of the season was my first real heartbreak in sports.

As more and more came out in the news about the cancellation of the ‘94 MLB season, either on ESPN or in the New York Daily News, I started to learn about the “What if’s” had the labor dispute was quickly resolved.

Matt Williams had 43 home runs and was chasing Roger Maris’ single season record of 61 homers. Tony Gwynn was batting .394 and had a legitimate chance of hitting .400 for a full season for the first time since Ted Williams going .406 in 1941. Carlos Baerga, in a unique stat, was robbed of a third straight season of 20 home runs, 200 hits, and 100 RBIs by a second baseman.

Most of all, it legitimately ruined the Montreal Expos chance of winning the National League East and possibly making it to the World Series.

At the time, I couldn’t see it, but that was the beginning of the end of the Montreal franchise. Instead, my full focus was on when the Yankees and Mets would return to the field and get back to the swing of things.

Thankfully, 1995 got things up and running again, but it took awhile to get things back on track. For the full season, my mind was focused on the Yankees winning the first ever Wild Card, attempting to enjoy the New York Mets, and Cal Ripken, Jr. becoming baseball’s new “Iron Man”. The Expos fell to the bottom of the NL East again, which in turn, fell into the background of my mind.

However, in 1996, thanks to my intense watching of ESPN, I discovered, and instantly became a fan of, Henry Rodriguez. His highlights on Sportscenter, including his fight with Danny Darwin, his grand slam off Curt Schilling in September, and his second deck dinger in the Home Run Derby. Combine the Montreal fans throwing “Oh Henry!” candy bars onto the field after a homer in Olympic Stadium, I became a believer in Rodriguez.

Yet, I still didn’t have much of a real knowledge of Montreal baseball history. 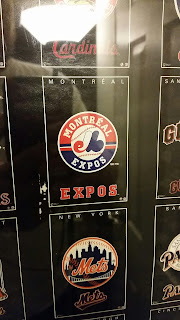 Being born in New York and raised in New Jersey, there wasn’t a lot of time for sports outside of the Metropolitan area. I was in the middle of the Yankees’ dynasty and the Mets blue-collar rise. I had two teams to focus on. Mix in being a high school student athlete and trying to figure my life out, everything else was non-existent.

Then, 2002 and the rumors of contraction in baseball piqued my interest. MLB Commissioner (and overall evil corporate suit) Bud Selig wanted to get rid of the Expos and Minnesota Twins due to a plethora of issues (attendance, outdated stadiums, lack of revenue). Minnesota’s government, fans, and ownership immediately had its team’s back, getting an injunction to uphold its lease on playing in the Metrodome for the 2002 season.

However, there wasn’t a major push back from the Expos side of things, mainly from an ownership perspective. It felt...weird.

Even weirder, on January 16, 2002, the rarest of the rare, a three-way ownership trade transpired. John Henry, owner of the Florida Marlins, bought the Boston Red Sox from the Yawkey Trust. Jeffrey Loria, majority owner of the Expos, bought the Marlins from Henry. In turn, Loria sold the Expos to MAJOR LEAGUE BASEBALL. Even at 16 years old, it just didn’t make sense to me. Even if contraction was ultimately negated, with the Expos being bought by MLB meant only one thing: the fix was in for Montreal.

The final three seasons of Montreal baseball was strange. The franchise narrowly missing the MLB Wild Card in 2002 and 2003. In 2003 and 2004, the Expos split their home games between Montreal and San Juan, Puerto Rico. Finally, at the end of the 2004 season, the Expos played their last game on October 3, 2004 against the New York Mets, and relocated to Washington D.C. for the 2005 season to become the Nationals. MLB sold the team to Ted Lerner and Lerner Enterprises on July 24, 2006, and the era of MLB in the province of Quebec was over.

But why? It just didn’t make sense, especially with a lack of knowledge towards the franchise at time. I likened in, prior to “getting it”, to the NBA’s Seattle Supersonics leaving to Oklahoma City in 2008. I needed to know more.

Sadly, real life got in the way again, and save for the heartbreaking saga of the New York Mets post-2006 NLCS Game 7, I didn’t give baseball any mind for several years.

Then, Gary Carter died on February 16, 2012 from brain cancer, and it changed everything.

My old man, a die-hard Mets fan, was extremely saddened by his passing. Going through his own battle with cancer, my Dad was on limited time as well. One night, a few days after “the Kid’s” passing, we were talking about his career. I asked him if Carter’s peak was in blue and orange. His response:

“You should’ve seen him as an Expo.”

Thankfully, due to the power of the internet, I started reading up on Gary Carter’s days in Montreal. Then, falling deeper into the figurative rabbit hole, I started looking into the history of Montreal’s MLB tenure and the Expos’ entire run.

I “got it”. I became a huge fan of the Expos...after their existence.

Throughout the past six years, I’ve been consumed with this team. From Annakin Slayd’s Expos based hip-hop songs, both of MLB’s documentaries on the franchise and 1994 team, to Jonah Keri’s “Up Up and Away” book and countless Expos games on YouTube. The saga of this team is truly intriguing.

When the Mets went up to Montreal for a two-game exhibition series against the Blue Jays in 2014, I was in awe on how much the Province of Quebec missed Major League Baseball. It was inspiring to see a fan base pack 96000 fans into Olympic Stadium on two nights to celebrate both Gary Carter and the 1994 “Best Team In Baseball”.

Reading up on Warren Cromartie’s efforts with the Montreal Baseball Project, seeing Tim Raines go into Cooperstown in 2017, and even watching Vladimir Guerrero, Jr, son of Hall of Famer and Expos great Vladimir Guerrero, hit a game winning home run for Toronto during this year’s Montreal Exhibition series, helped lead me to this moment. 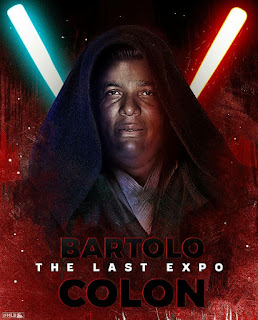 I can honestly say, with humbleness and modesty, that I’ve never been to Montreal, Quebec, Canada. However, the culture from a baseball perspective makes me want to be there and to be a part of this. Seeing MLB frequently reference Bartolo Colon as the Last Expo is a cool stat, but saddens me, as he is the last link to any active players ever to wear a Montreal Expos uniform. Mixing in the lack of respect the Nationals have to their history and lineage, in my opinion, the Expos legacy is slowly eroding away.

My new blog, the Jersey Guy for Montreal Baseball, will be a place to talk about the Montreal Expos. From rumors of relocation, classic moments, and games, to the “What ifs” on LaBatt Park, the great Expos of the past, and even conspiracy theories on what fans think might have happened during seminal moments in Expos history; this is where the moments will be discussed. This is a passion project I have been planning on for quite some time. I intend to update this a few times a week and to just let it all hang out there. I hope that I, a guy from the Garden State, can garner some feedback and make some acquaintances along the way that are fans of the Expos. Most of all, I hope this can turn into a place where we can discuss daily happenings for the Montreal Expos rebirth.

Until then, fire up the oompa bands, enter the time machine, and let’s get fired up like Jonah Keri in 1995 after a David Segui three-run homer in Shea Stadium.

I’m a Jersey Guy for Montreal Baseball. Let’s do this!

Or...for those that speak French…

Jon Harder
thejonharder@gmail.com
Posted by Jon Harder at 6:00 AM